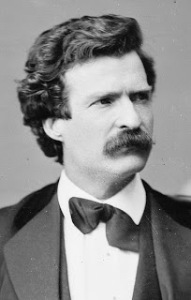 Famous numerologist in Srikakulam:samuel clemens did not received the benefit of the name number 17 it’s not good name number he changed his name to mark twain by totalling his name number coming to good name number,cleverly mark twain was printed his new name on thousand of books in order to be visible to everyone,and he included his spoken introductions at social meeting as mark twain he attained positive vibrations,Sign your name (or the title of an entity) as frequently as possible, print the new name on business cards, handing out as many as possible, be sure you’re introduced by the new name at business meetings and social functions – and increase its power every chance you get – in every way possible.finally mark twain attained positive vibrations and got a huge recognition and reputation as a great american novel,after changing from samule clemens to mark twain he worked hard to get positive vibrations

Note:
Numerologists in Srikakulam :IF ANYONE MAKES CORRECTION TO HIS/HER NAME IF YOUR NOT USING YOUR NEW NAME REGULARLY IT DOESN’T WORK
AFTER NAME CORRECTION YOU HAVE TO USE YOUR NEW NAME WITH NEW SPELLING AS MUCH AS YOU CAN ON YOUR VISITING CARD,LETTER PAD
MAKE EMAIL ID OF NEW NAME
USE UR NEW NAME in FB WHATSAPP SKYPE ALL SOCIAL MEDIA ACCOUNTS
YOU HAVE TO WRITE YOUR NAME PRESCRIBED TIMES DAILY YOU HAVE TO REPEAT MULTIPLE COURSES