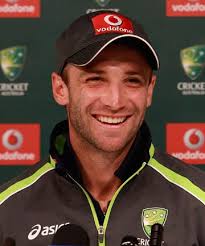 Phil Hughes passes away following head injury it’s an unfortunate incident
Phillip Hughes has died as a result of the injuries he sustained when struck by a bouncer on Tuesday, Cricket Australia has confirmed. He was 25.

Phillip Joel Hughes was an Australian Test and One-Day International cricketer who played domestic cricket for South Australia and Worcestershire.

After analysing his name phil hughes it’s a death number of tragic end, few famous personalities having this name number

PRAMOD MAHAJAN his brother Pravin Mahajan, who was convicted for killing his brother, BJP leader Pramod Mahajan, has died in a Mumbai hospital.

PONTY CHADHA was shot dead in Tussle with his own Brother