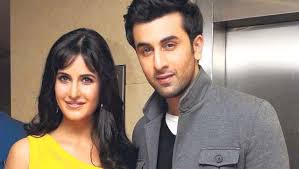 Ranbir Kapoor is an Indian actor. Through his career in Bollywood films, he has become one of the most popular celebrities and one of the highest-paid actors in India. He is the recipient of several awards, including five Filmfare Awards. Wikipedia
Born: September 28, 1982

Katrina Kaif is a British-Indian film actress and model. Primarily known for her work in Bollywood films, Kaif has also appeared in Telugu and Malayalam films.
Born: July 16, 1983

when it comes to destiny they have a neutral relationship,destiny states that they always struggle to adjust it works for everything by itself and does not seek help,16 born katrina kaif are powerful and succeed after much effort and struggle but they do not enjoy marital life for long periods of time not at all good for marriage even there destiny also not good

katrina kaif should be very careful before marrying there is a chance that she cannot lead a smooth happy married life even one in a thousand people born under 16 does not get ideal life partner ,few women of this number 16 get married to men who are much above them in
status