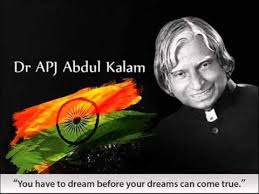 Kalam born on October 15 1931 generally kalam born on 15th will look very attractive and will captivate everyone easily they will receive favours from different sources through out their lives.they can be very dynamic orators and talented .their manner of speaking to others could seem to be alike as a good orator and they are good debators and humourous.he has a ability to be happy at all times.
best numerologist in india General qualities:They obey their orders of their superiors and complete any job entrusted to them honestly and sincerely,by nature they are simple and patient who respect their superiors they will be true to their word and hardworking through out their lives they look outwardly look strict and discipline but actually they are gentle and kind people they adopt modern ideas easily he always do what is right in any situation and wish to of some help to others he is by nature large hearted and generous they spend more time and energy in social service than something of their own betterment hence these people found mostly in voluntary organizations,missions in developing countries they attain high positions in life they gain important positions simply they deserve them and not because of any other purpose he never aspire for anything of which they are not worthy,he will declare his opinion openly if once set their goals he will not hesitate to go ahead inspite of any hurdle he is warrior type who prefer to death to defeat he is ready to give up for everything he will uphold the honour of the country till the last breath of his life

Abdul kalam Achievements:
Avul Pakir Jainulabdeen Abdul Kalam Born on 15th October 1931 at Rameswaram inTamil Nadu Abdul Kalam, specialized in AeronauticalEngineering from Madras Institute of Technology.
Dr. Kalam made significant contribution as Project Director to developIndia’s first indigenous Satellite Launch Vehicle (SLV-III) which successfully injected the Rohini satellite in the near earth orbit inJuly 1980 and made India an exclusive member of Space Club. He was responsible for the evolution of ISRO’s launch vehicle programme, particularly the PSLV configuration. After working for two decades in ISRO and mastering launch vehicle technologies, Dr. Kalam took up the responsibility of developing Indigenous Guided Missiles at Defence Research and Development Organisation as the Chief Executive of Integrated Guided Missile DevelopmentProgramme (IGMDP). He was responsible for the development and operationalisation of AGNI and PRITHVI Missiles and for building indigenous capability in critical technologies through networking of multiple institutions. He was the Scientific Adviser to Defence Minister and Secretary, Department of Defence Research & Development from July 1992 to December 1999. During this period he led to the weaponisation of strategic missile systems and the Pokhran-II nuclear tests in collaboration with Department of Atomic Energy, which made India a nuclear weapon State. He also gave thrust to self-reliance in defence systems by progressing multipledevelopment tasks and mission projects such as Light Combat Aircraft.As Chairman of Technology Information,Forecasting and Assessment Council (TIFAC) and as an eminent scientist, he led the country with the help of 500 experts to arrive at Technology Vision 2020 giving a road mapfor transforming India from the presentdeveloping status to a developed nation. Dr.Kalam has served as the Principal Scientific Advisor to the Government of India, in the rank of Cabinet Minister, from November 1999 to November 2001 and was responsible for evolving policies, strategies and missions for many development applications. Dr. Kalam was also the Chairman, Ex-officio, of theScientific Advisory Committee to the Cabinet (SAC-C) and piloted India Millennium Mission 2020.Dr. Kalam took up academic pursuit as Professor, Technology & Societal Transformation at Anna University, Chennai from November 2001 and was involved in teaching and research tasks. Above all he took up a mission to ignite the young minds for national development by meeting high school students across the country.

In his literary pursuit four of Dr. Kalam’s books – “Wings of Fire”, “India 2020 – A Visionfor the New Millennium”, “My journey” and”Ignited Minds – Unleashing the power with in
famous numerologist in india:India” have become household names in India and among the Indian nationals abroad. Thesebooks have been translated in many Indian languages.
Dr. Kalam is one of the most distinguished scientists of India with the unique honour ofreceiving honorary doctorates from 30 universities and institutions. He has been awarded the coveted civilian awards – Padma Bhushan (1981) and Padma Vibhushan (1990) and the highest civilian award Bharat Ratna (1997). He is a recipient of several other awards and Fellow of many professional institutions.
numerologists in india:Dr. Kalam became the 11th President of India on 25th July 2002. His focus is ontransforming India into a developed nation by 2020.Here are Abdul Kalam’s ten inspiring quotes
“Don’t declare holiday on my death, instead work as extra day if you love me”
“Don’t take rest after your first victory because if you fail in second, more lips are waiting to say that your first victory was just luck.”
“Failure will never overtake me if my determination to succeed is strong enough”.
“Man needs difficulties in life because they are necessary to enjoy the success.”
“You have to dream before your dreams can come true.”
“Look at the sky. We are not alone. The whole universe is friendly to us and conspires only to give the best to those who dream and work.”
“You have to dream before your dreams can come true.”
“If a country is to be corruption free and become a nation of beautiful minds, I strongly feel there are three key societal members who can make a difference. They are the father, the mother and the teacher.”
“To succeed in your mission, you must have single-minded devotion to your goal.”
“Let me define a leader. He must have vision and passion and not be afraid of any problem. Instead, he should know how to defeat it. Most importantly, he must work with integrity.”