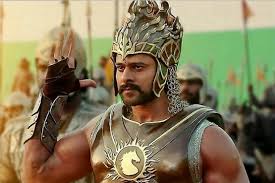 No.1 Numerologist in India :Prabhas is an Indian film actor who works in Telugu cinema. Prabhas is the nephew of Telugu actor Uppalapati Krishnam Raju. Prabhas made his film debut with the 2002 drama film, Eshwar
Born: October 23, 1979 (age 36), Chennai

No. 1 Astrologer in India:Prabhas born on 23rd lead a distinguished life from beginning his destiny number brings popularity,attraction,fame they are born with dynamic qualities,they are accurate quick to grasp and accurate in understand everything,he is always energetic jovial,he is brilliant in giving ideas to others if others follow his ideas it will be very useful to them,whatever problem comes he will be able to come up with a solution

he is very friendly to all of them,they always wants to try something different and willing to take risks,opens to new ideas,he works hard to reach high positions

He love to travel a lot,he do not want to repeat the same routine combination or story he always want to try differently all the time he never say NO to anyone people around him will be easy to use him in money point of view he should be cautious in his dealings with others,he is flexible adaptable to any kind of situation he plans according to the situation he must go ahead with intuition tells them,he is blessed with excellent intelligence,one negative quality he is spend thrifter spends money like anything ,he should be very carefull before getting married especially he should be careful with 9 18 27 born people

In future he will be get into business, he is going to act in hollywood and bollywood movies

Name analysis:prabhas present name will create financial problems in future ,he is generally surrounded by wicked,fraud people it leads to bad reputation he should be very careful people around him