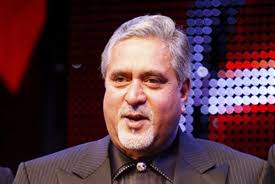 He is born to struggle they generally take up fighting as their profession whatever they do in terms related to work point of view
he is generally patriotic wants to do something good for their country.If anyone criticise them they will fight back against them ,he is smart person spends much time in assessing the strength of opponents they will always wait for right opportunity in terms of business POINT of view they will maintain calm in few situations, he is very determined and drive to strugggle and succeed in order to achieve all things neccessary for life.If they manage to retain their cool they will succeed,Failures will never deter them .they will earn a lot of money and will also spend lavishly on things that gives him pleasure. he is very helpful to his friends,he must not make hasty decisions as it brings misunderstanding with all those around. he must control his anger otherwise he may loose everything in his life

he is sagggitarian have strong religious feelings they are very spiritual. he inherits money by his own efforts

Name number Analysis:vijay mallya is the luckiest name number they will find success in all endeavours they achieve things like anythings which others could not imagine. their achievements will astonish others,they would be enjoying luxuries all the time

Few numbers haunts him like anything those numbers are 2,7,8 all are unlucky numbers

Kingfisher Airlines: this name number brings fortune and fame all of a sudden they will loose wealth and fame, established in 2005, was a major business venture launched by Mallya. It eventually became insolvent and had to be closed down

Mallya became the Chairman of United Breweries Group (UB GROUP(7)): It improves their stature cannot be considered fortunate it is the most fearful aspect name number

United Spirits Ltd(2), the largest spirits company in India :this name number states that those who rise up very fast in life later part face troubles

He has been the Chairman of Sanofi India(7):they will undergo many trials in life filled with difficulties

Formula One team Sahara Force India: good name number however it gets recognition After going through 29 races without scoring points

INDIAN PREMIER LEAGUE ROYAL CHALLENGERS BANGALORE:INSPITE OF MANY FAMOUS PLAYERS ARE THERE IN THE TEAM MOST OF THE TIMES LUCK COULD CHANGE WORSE

UNHAPPY INCIDENTS WILL BE GOING TO TAKE PLACE ON UNFAVOURABLE DATES
he resigned from the Rajya Sabha on 2 May 2016(again 2 ), the day before the Ethics Committee of the Rajya Sabha was prepared to recommend his expulsion