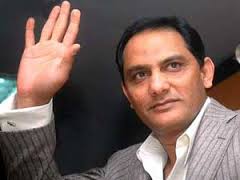 Best numerologist in Secunderabad:Mohammad Azharuddin is a former Indian cricketer and a politician.He captained the Indian cricket team for much of the 1990s. For his achievements he was awarded the Arjuna Award in 1986
Born: February 8, 1963

Analysis:Famous numerologist in Secunderabad:Mohammad Azharuddin born on 8th feb before i started research on the people who born on 8th 17th 26th here 8 plays a vital role in his life it is the karmic number it produces good and bad effects it determines his fate which is significantly responsible for ups and downs of life,All those who born on 8,17,26 of any month are called destiny people they will come across many unexpected incidents sudden shocking incidents,whether you believe it or not it gives results based upon one’s present and past deeds behavioural patterns,8 is the number which corrects the person without discrimination this is the number 8 which gives a person a complete view of things around him and analyse completely and impartially

Numerologists in Secunderabad:This is number 8 signifies trials it gives a very high position but with burden of responsibilities even if anyone makes small mistakes will bring a bad name to her/him those people with positive influence will going to lead honourable lives most of the people who are of high status they were worried because bad thought will keep on haunt them they should be careful
they may drawn towards scandals, most of them end up in prisons all over the world because they get involved in all evil things and get punished

They have great mental strength intelligence but they will be going to face big problems,they do not trust others and very careful in dealing with others and they will consider themselves unique in the world,most of the time they will lead lonely life

most of them suffer the loss of their parents or kids or finding it difficult to pursue their education some of them come up in life with difficulties and attains victory they struggle to get each and every comfort,they are going to face problems constantly in their lives they never expect help from others they will come by their own efforts even he occupies high position can never enjoy the position he occupy always have some enimity

Azhar was first married to Naureen,with whom he had two sons, Asad and Ayaz, and whom he divorced after 9 years of marriage

The ICC and the BCCI banned Azharuddin for life in 2000-2+0+0+0=2 unfavourable year for him ,he felt relief
“It was a long drawn out legal case and it was painful. We fought in the court for 11=1+1=2 total 11 years.. The BCCI lifted the ban on Azharuddin in 2006=2+0+0+6=8,favourble year for him ,
On 8 November 2012 a Divisional Bench consisting of Justice Ashutosh Mohanta and Justice Krishna Mohan Reddy of the Andhra Pradesh High Court dismissed the ban imposed upon him after the allegations.

Married life:When it comes to married life people born under this number always have disturbences among them,after analysing his date of birth clearly it states that chance of marriage more than once

Note:If a Guy or girl is married more than once we should not think or say that they are bad or rude or arrogant it’s their fate that’s it, have to accept it