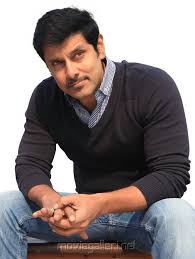 The recently released ‘I’ is a fabulous movie, I am wondering seeing all the negative talks flowing around,Vikram was at his best throughout the flick,I want to analyse his profile

Astrologers in Vizag-Visakhapatnam:vikram born on 17th these people are not rich by birth,they strive hard to achieve such a status.if the name number is favourable,they amass great wealth and enjoy all comforts in life.their minds always seek out all kinds of carnal pleasures.they keep chalking out plans for earning large sums of money.some of them even venture into devious means to gather riches,if they do not earn through honourable means to satisfy their base desires.they pose themselves to be aristocrats and spend money vainfully,but for their own bare necessities they may not like to spend.they are basically misers to the core.however the positive aspect of this number denotes relentless efforts a go getting attitude despite hardships and interest in spiritual life or eternal fame,they are hardworking people if circumstances are favourable they can achieve anything they do not follow the ideas of others easily.they will work independently despite looking attractive seem to be unlucky,he will rise to the top but later found to be leading ordinary lives

Famous best Astrologers Vizag Visakhapatnam:Name number analysis:After analysing vikram name number it signifies speedy progress and a sudden downfall,It offers warning of some strange fatality awaiting one, additionally danger of accidents and defeat of one’s plans. he has a great talent and potential he can do any type of character but his name number not supporting to his date of birth,visharada numerology suggests to vikram to alter his name