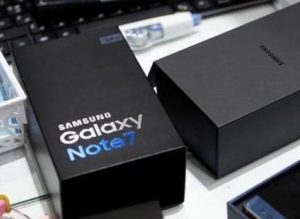 Samsung permanently halted sales and production of the fire-prone Note 7 about two months after the device’s launch. The South Korean firm estimated that it will lose $3 billion in operating profits over the next six months due to the withdrawal of the Galaxy Note 7 smartphone.

NUMEROLOGY ANALYSIS:AS PER NUMEROLOGY due to number 7 unexpected changes will take place, 7 will create huge problems efforts will not produce desired results,even if they do changes to s7 series it wont work it will create another new problem,s7 model NUMBER is not favourable number to samsung COMPANY SO it costs them $3 billion in lost sales

MANY MOBILE COMPANIES FOLLOWS THE SERIES IF ONE MODEL CLICKS THEY WILL LAUNCH SERIES OF MODELS .BEFORE LAUNCHING A NEW SERIES, COMPANIES SHOULD BE CAREFUL WHILE NAMING A SERIES.

FINALLY LIFE IS ALL ABOUT NUMBERS ,NUMBERS PLAY A VITAL ROLE IN OUR LIFE