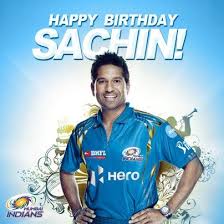 HOW NUMBERS PLAYED A VITAL ROLE IN SACHIN’S LIFE?

3,5,6 NUMBERS PLAYED A KEY ROLE IN SACHIN’S LIFE AS PER MY ANALYSIS

Famous numerologist in India with 14 years of experience
Sachin Ramesh Tendulkar born 24 April 1973 is a former Indian cricketer and captain, widely regarded as one of the greatest batsmen of all time made his Test debut on 15 November 1989 against Pakistan in Karachi at the age of sixteen

Tendulkar announced his retirement from One Day Internationals on 23 December 2012,
23 dec (2+3=5) retirement

IN EVERY ONE’S LIFE NUMBERS PLAY A MAJOR ROLE