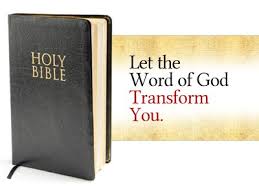 Even though they (Names) mean the same thing, and they’re just different ways of saying the names.

Answer is : God changed their names to affirm and reflect the changes He brought about in their lives

Genesis 17:5 – “No longer shall your name be called Abram, but your name shall be Abraham; for I have made you a father of many nations.”
“Abram” means “exalted father.” “Abraham” means “father of a multitude.”

Genesis 17:15 – Then God said to Abraham, “As for Sarai your wife, you shall not call her name Sarai, but Sarah shall be her name.”
“Sarai” means “princess.” “Sarah” means “noblewoman.”

The name changes in the Bible were indicative of not only the character of the person being changed by YHVH, but also the person themselves, genetically, and therefore, spiritually, as the two are inextricably linked.

In Genesis 17:5, when God changed Abram’s (“High Father”) name to “Abraham” (“father of many nations”), it seemed highly unlikely that this childless man whose age was a little short of a century would ever become what this new name implied. But God apparently names people as though the meaning is already true, then proceeds to change them and make them fit the name

Then God said to Abraham, “Regarding Sarai, your wife–her name will no longer be Sarai. From now on her name will be Sarah.

17:15-22 Here is the promise made to Abraham of a son by Sarai, in whom the promise made to him should be fulfilled. The assurance of this promise was the change of Sarai’s name into Sarah. Sarai signifies my princess, as if her honour were confined to one family only; Sarah signifies a princess.

As had been prophesied in the previous year,[21] Sarah became pregnant and bore a son to Abraham, at the very time which had been spoken. The patriarch, now a hundred years old, named the child “Isaac”

Sarah, the thought of giving birth and nursing a child, at such an old age, also brought her much laughter, as she declared, “God hath made me to laugh. Every one that heareth will laugh with me.